We are a team of wedding videographers located in Edmonton, Alberta.

The team originally came together while working and studying at NAIT (Northern Alberta Institute of Technology). They worked for NAIT Athletics filming and broadcasting the men’s and women’s hockey games as well as providing video content for NAIT’s online outlets. NewTab Productions officially began in 2016, when they began taking on wedding projects in their spare time, which after 4 years has turned a side-job into a passion-filled career option. 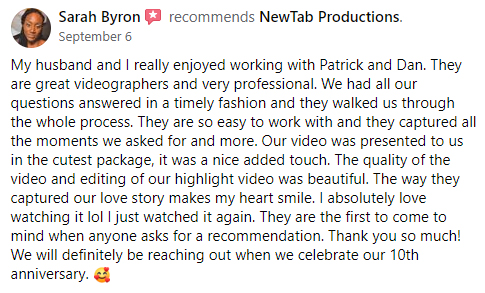